Red Solo Cup is as much fun to play now, as when it first came out. So to help you learn this great Toby Keith song. I put together this Guitar Lesson with Red Solo Cup Guitar Chords.

Look what is in the Red Solo Cup Chords Guitar Lesson:

So if this sounds like fun to you stick around. Grab your guitar and I will teach you How to Play Red Solo Cup Guitar Chords in this Guitar Lesson.

First let’s take a look at the chords that are in the song. If you need help with reading a chord diagram. Here is a quick resource to help How to read chord charts.

The song is in the Key of A Major. These are the chords in the song. A E Bm Key Change B C# F#

Who wouldn’t want a signature autographed guitar signed by Toby Keith. This is a full size acoustic guitar. He calls it the ” Big Dog Daddy”. Doesn’t that sound just like what a Toby Keith signature guitar would be called. It’s pretty! In a shinny Black finish. See it for yourself on Reverb. 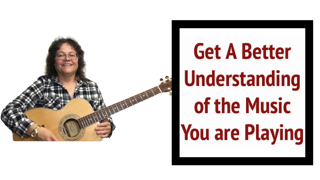 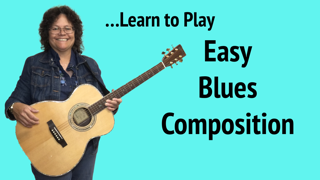 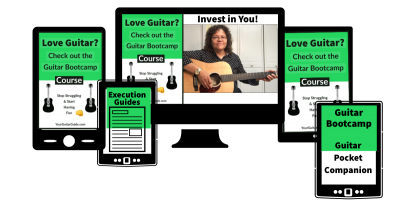 How to Position Your Fingers to Make a E Chord

How To Play the Bm Chord on Guitar

Finger Position of the B chord

Next is the C#. Which is played the Same way as the B but moved up to the 4th fret.

Of course you can strum any song. I like to add some walk up bass line. Especially when your playing by yourself it gives it a little more pizzazz.

Playing the A Chord Using the Bass Line Strumming

What you want to do is play the Bass line of the chord. First is the open A string. Pick the 5th string with no frets covered. Then strum the A chord. After that pick the open 6th string. You want to pick and strum back and fourth.

This song is in 4/4 timing so the beat is 1 2 3 4. Play the A two times through. Then the chord progression goes to the Bm Chord.

Picking the Bass Notes of the Bm Chord

The Bm chord is played for four beats. One measure. Then the progression goes to the E chord.

After playing the E, then there is a walk up back to the A chord. Then the next verse starts. This continues through out the song.

Related Article: How to play I fall to pieces, Patsy Cline.

In the song Red Solo Cup, when Toby Keith starts talking about his red solo cup. What happens in the song is your playing the E chord. Then Arpeggiate the chord. Just strum down one string at a time. This is when the talking begins.

When the music begins now you start playing three different chords. And here are the chords you are going to play. B C# and F#. You are still playing in the key of A Major.

The Walk Up in Red Solo Cup

There is a walk up to the B chord. And the notes that you are going to play start on the 6th string. Start by placing your first finger on the second fret. Then play the E string. Using your third finger. Place it on the fourth fret. Still on the 6th string. Play the sixth string again.

Playing the C# chord is easy. Once you have learned how to play the B chord. Your fingers are in the same shape. But you are going to move up two frets. Starting on the fourth fret. Again picking the same strings and strumming in between. Two measures are played of the C# and then go to F#.

The last chord to learn in the chord progression is the F#. Once you have your fretting hand set up to play the F#. This is what you are going to do next. Pick the 6th string, then strum the F# chord. Then pick the 5th string and strum the F#. Play one measure of the F#. And then repeat to the end of the song.

Link to Reverb and Get the Latest Gear

If you enjoyed this lesson. Take a look at some more Country Classics. 15 Beginner Country Guitar Songs. There are lot’s of classic songs that use the Country style of playing.

How to Play Wagon Wheel

Another great country song Wagon Wheel. If you want to see the complete guitar tutorial on how to play wagon wheel. You need to check out my YourGuitarGuide Channel. The channel where I’m going to help you find your sound.

With guitar lessons, music and gear reviews. After you check out the song Wagon Wheel Guitar Lesson. Have a look around and if you like what you see consider Subscribing for more guitar tips and tricks. If you are already subscribed then thank you for supporting the channel.

What Album is Red Solo Cup on?

Red Solo Cup was released in October of 2011. And was sung by Toby Keith on his Album Clancy’s Tavern. See Current Price on Amazon.