The A chord is one of the chords every guitar player will have to know. One of the most commonly used chords is the A chord on guitar.

In this Lesson you will learn:

Mastering the A chord on Guitar

A chord is the generic or slang name for the A Major chord. Most musicians call it the A chord. Here is a look of what it looks like.

Click this link to learn how to read a chord diagram.

The A chord on guitar is a simple chord to master. The hardest thing about playing the open A chord and that may seem odd, is getting all your fingers into the second fret box at the same time. Check out some ways to make playing the A chord easier for you.

Tips to Make Playing the A chord on Guitar Easier

Check out the video link at the end of this page to play the A chord on guitar in a song called Turn the Page. 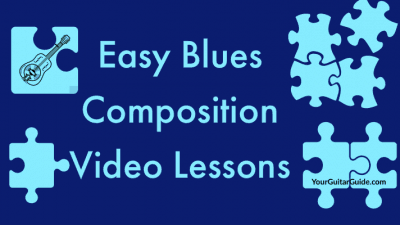 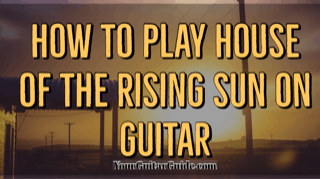 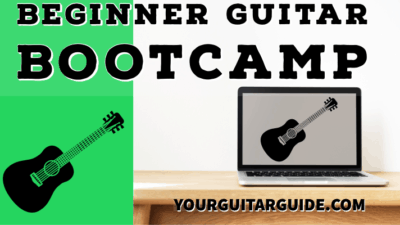 Easy Ways to Play the A chord on Guitar

If you find it hard in the beginning to play an A chord. Don’t give up! Keep practicing to play it. But another A chord is the Asus2 chord. It involves only two fingers, which makes playing this A chord on guitar much easier. Look at how its played.

As you can see only two fingers are needed to play the Asus2 chord. Just raise your third finger off of the second string. Now you have an easier A chord on guitar. Below is direction for playing the Asus2.

The A7 Which is an A dominant seventh chord. Is another easy A chord on guitar. This chord is played a lot in the blues. It is also found in Rock songs, like Day Tripper by the Beatles. You can here it in Jazz too. The A7 is a popular chord. Here is how it looks:

This is where your fingers go on the fingerboard of the guitar.

Another A Chord on Guitar is the A Major Barre Chord

If you have problems holding the strings down on this chord. Try strengthening your fingers. Click the link for the finger strengthening technique exercise.

Here is where to place your fingers to play the A Maj barre chord.

How to Master the A chord on Guitar (Barre Chord)

This A chord on guitar is called the 6 string root chord. Why? because the root is on the 6th string and it is a Barre chord. “Barre” because you are using your first finger like a barre across all the strings. Here are some tips to make this chord easier to play.

If you need more tips check out this video on 6th string root chords.

What are the Notes in an A chord on Guitar

The A Chord on guitar is short for the A Major chord. The A Major chord consists of the 1, or root note, the 3rd note and the 5th note of the Major scale in the key of A. Thus the notes of the A chord on guitar are an A, C#, and E. The pound sign # is the symbol for Sharp.

An Easier Barre Shape A Chord on Guitar

If a full blown Barre chord seems hard right now for you, no worries. Try this what I call Mini barre chord. It makes it a lot easier to play. Here’s what the “mini Barre” A chord on guitar looks like:

Don’t worry about the 6th string when you play this chord. It is still an a chord on guitar when you play it from the 5th string down. Here is where you want to put your fingers.

How to Strum a Guitar

How to play a C7 guitar chord 7 ways

Which acoustic Strings to Buy for Acoustic